Experience shows us that technology change can not be guaranteed to give us anything better than a bumpy ride. Its progress inconveniences users and threatens and empowers businesses in equal measure. We can’t do without it – even when we don’t want it.

In the same way that dinosaurs were eaten alive from the tail by smaller adversaries, long before the messages reached their brain, businesses are invariably slow to react to the impact of change.

It was the 1990’s and I was in the process of taking advantage of one of those slow reactions and helping myself to the dinosaur buffet on offer at a local camera shop.  Jessops had decided that to boost the shift from film-based cameras to digital imaging, they would accept anything in film-based format in part exchange for boxes of shiny new digital kit. The prices they were offering were unusually generous. As I gratefully shovelled hundreds of pounds-worth of my old gear over the counter, a friend looked on in disbelief at the transaction.

“You don’t want this stuff?” he asked.

“No, everyone is moving to digital,” I explained.

“So what are Jessops going to do with all this old stuff?” he asked. I paraphrase here for the sake of decency.

“Shut up,” I said, keen to close the deal as quickly as possible and get out of the shop.

Within a few months as the warehouse doors bulged and the shelves sagged under the weight of old technology, someone finally got the message and the company withdrew the offer. It was too late. The elephant’s graveyard of technology was full. In a market where there was more margin on a six-pack of 35mm camera film than there was on a medium-priced camera, Jessop’s were well and truly stuffed – saddled with enormous amounts of unwanted second-hand stock. It was one of several false steps on a downhill path that led the high street chain, welded to an outdated view of retailing, into administration and the closure of all of its 187 stores and the loss of more than 1,300 jobs.

For consumers like me who thought that they had gained the best of the digital deal with Jessops, it proved to be a pyrrhic victory, because digital cameras devalued even faster than film-based ones. At the beginning, each year brought a significant leap in quality. But, like computers, they never got any cheaper. Only better – and in the early days of the technology, depreciation rates were high as each new model radically out-performed its predecessor.

As digital technology matures, advances become smaller and less significant. Some are not even required or are so difficult to access that few people ever use them. Slight shifts in functionality are paired with cosmetic alterations. To all intents and purposes, there is often little or no difference from one model to the next. For the astute buyer, value was to be found in buying the model that had just been superseded – much the same thing applies with any dynamic technology. Mobile phones are an obvious example. The commercial need to drive sales by launching new models dictates that we get change whether we want it or not. Where size reduction was once seen as a sign of progress, large phones are now trendy.  It’s like a Newton’s cradle, with the momentum switching constantly from one end of the continuum and back again. and every time the cradle slows, commerce gives the balls another push and the whole process starts over again. 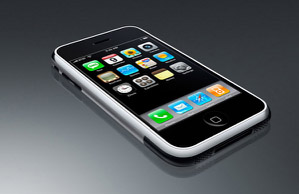 The launch of the Apple iPhone 6, with its minor improvements, left most people unmoved. Apple followed its usual strategy of loading the better changes on to its top of the range model only. These will be made more widely available during the next product makeover, when the top of the range model will get a new seat of features.  No one asks us what we want. There is a nagging doubt within me that the experience of the iPhone shows us that the only thing we can be sure that we are going to get is something else, because technology has to keep changing to keep the money coming in.

On the launch of the latest new model, one TV show in the States went so far as to show a group of Apple enthusiasts an original iPhone from 2007, telling them that it was in face the new apple iPhone 6. The interviewees enthused over its slightly retro design and its more compact size, and announced themselves delighted with the ‘new’ phone. Some went so far as to declare themselves pleased with what they perceived as the new high resolution of the eight-year-old model. 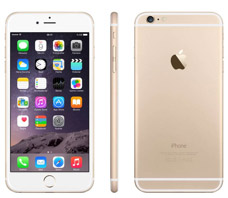 You can see the video here.

Meanwhile the new phone features a 12mp camera – a performance better than the iPhone5 and vastly better than the earliest dedicated digital cameras. In 1991 a Kodak Digital camera the DCS 100, left, built like a Soviet tank, recorded images at 1.3mp on to a full-blown hard drive and retailed at more than £20,000.  Today, Nokia make a phone that takes pictures at a whopping 42mp – although you’d have a job noticing the difference on a computer screen. No wonder that today we don’t think much of a phone that ‘only‘ records images at 12mp. “Not good enough,” sniffed a friend. Not to worry – just like London buses, there will be another one along very soon. You may get a better camera, but you’ll probably lose a couple of features that you’ve grown to cherish. It’s only when technology becomes very old that it acquires a rarity value that beggars belief.

There was a time when we couldn’t wait to get rid our vinyl records with their warm fuzzy analogue rendition of sound and switch to the ‘new’ clean technology of compact discs. The current upturn in the price of vinyl records can be seen on e-bay with some albums fetching hundreds of pounds. Vinyl records haven’t got any better in the last 30 years – it’s just the public perception of what is important. Vinyl has made a comeback because it represents a viable alternative to digital technology, on which some people place a high value. Clearing out our office a couple of years ago, I came upon a box that once housed the pride of Apple’s Macintosh range – an SE30. This 1989 model was an advance on the original Mac. For about £4,500 you got 1mb of RAM and a 40mb hard drive. We put the box up for sale on e-Bay and watched amazed as a bidding war broke out. The box (in pristine condition) sold for more than the computer would have done.

The truth is we like old technology – even when it’s not very good by modern standards, because we feel comfortable with what we know. Felix Dennis, the multi-millionaire publisher, was a huge fan of Apple computers. But he believed that, as far as he was concerned, the Mac had reached its ultimate state of development at some time in 1990’s, when the Mac used a clunky system font called Chicago, and the computer came bundled with a beautifully simple word processor called MacWrite. So keen was Dennis on this arrangement that he continued to use increasingly obsolescent hardware for the sheer joy of seeing the pixels appear on tiny Mac screens in his program of choice. He apparently prided himself on using original equipment. As time marched on, his collection of old Macs began to make louder and louder noises that resembled a death rattle. He called in his engineer and told him that the fans needed to be replaced on the computers which were located in his homes in Manhattan, New England and Mustique in the Caribbean. In the UK, the tecchie bought an old Mac and opened it up. In fact the Macs weren’t fitted with fans and the noise was that of the hard drives nearing the end of their lives. 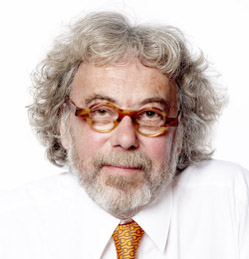 The drives, needless to say, were obsolete and couldn’t be replaced on a like-for-like basis, as Dennis wished. The engineer got round the problem by retro-fitting the machines with solid state flash drives – thereby fixing the hard drive problem and getting rid of any noise. Dennis – net worth about £750 million – was so delighted that he flew the engineer to his various homes to repair/retrofit the ailing machines. He also allowed the engineer to stay, with his wife, at the addresses for holidays. Dennis died in 2014, unaware that his much-loved vintage machines had been secretly altered, but happy to be working away on old technology.