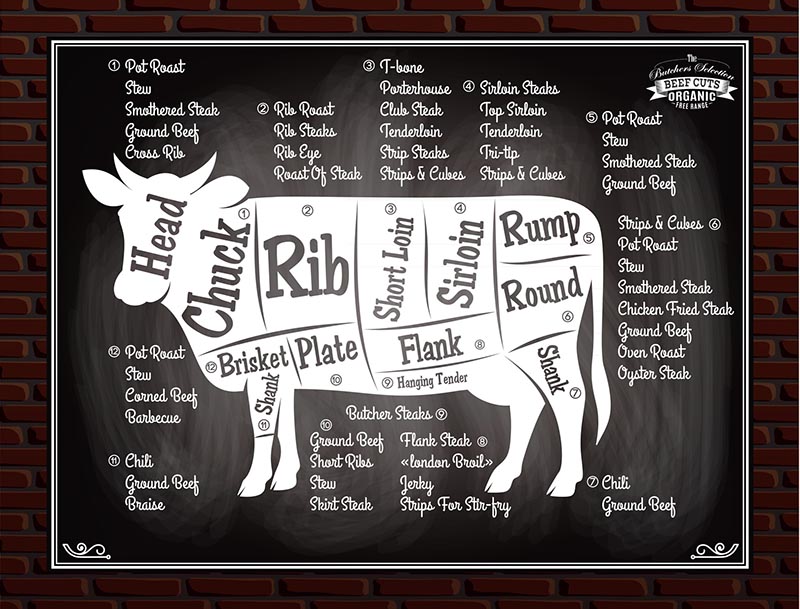 Somewhere in Yorkshire a man with a loud voice and a flat cap has a piece of beef, in a cake tin, in his fridge.

I also know that it has been marinating in there for quite a long time – far longer than any health authority would advise. It weighs “approximately” 1.9 kilos. When he is satisfied that his blend of herbs and spices has finally done its job, he is going to cook it on his new smoker barbecue for a very long time at a low temperature. Then he is going to eat it. He is really looking forward to this, in a way that I wouldn’t have thought sensible – particularly given the two weeks it has already been sitting in his fridge.

In the meantime he has a few worries:

“The lady partner with whom I am now cohabiting” (his words not mine) “wants to put some fruit and vegetables in the fridge but there is no room.” I don’t know why he is surprised by this – all women love to clog up valuable meat space in the fridge with fruit and veg.

He is going to cook this lump of dead animal for 16 hours (he has researched extensively on YouTube) but is concerned that will he have to stand by the barbecue for all of that time, in some kind of culinary vigil.

He doesn’t know whether he will need to add a second load of charcoal at some time – Yorkshireman are notoriously tight fisted.

He used to have a gas barbecue at the bottom of the garden (“which was fine”) but the new smoker (“a present from Father Christmas”) has got him really excited about his upcoming protein-based appointment with E.coli.

I also know this.

I have never met this man.

I am on a train to London and he is seated three rows away, directly addressing two glassy-eyed strangers seated in front of him. I think they regret telling him that they are butchers. He has questioned them closely about where in the barbecue to put the meat, the best location for the herbs, the difference between dry rubs and marinades and what type of charcoal to use. They advised him to add a water bath to the smoker to introduce steam to the cooking process. This opened up a whole new avenue of detailed interrogation, that is still continuing.

After 45 minutes, it is clear that his self-obsessed monologue is only going to be interrupted by his death or the arrival of the train in London.

Now imagine what it would feel like if everyone else in this carriage (about 60 people) started behaving in a similar way. We would all be bombarded with information that we didn’t want – while simultaneously broadcasting information that was addressed to no one in particular.

It would be just like the world of blogging and social media in many ways. Standards were never high, and they are falling – particularly among those with no discernible agenda. I recently received an update from someone I know slightly that read: “Standing in the queue at Stansted airport with a ham roll.”

The Yorkshireman on the train has unwittingly broken five golden rules of communication. All of these rules would improve the blogging experience of the reader and enhance the effectiveness of the communication. It would also make the last few minutes of this hellish train trip more tolerable. They are:

London now beckons and I am leaving the train with a sense of relief and a spring in my step. The roar of the traffic will seem, in comparison, to be what the poet John Greanleaf Whittier called the “still small voice of calm.”

I am free at last.

Gil Linton is the owner and founder of SmartWords (www.smartwords.co.uk). A qualified journalist, corporate communication specialist and web designer, he works with businesses to help them communicate more effectively.

He was travelling in Coach C on the 10.09 train from Peterborough to London King’s Cross on February 5.