Why staying well informed in the digital age calls for a lot of effort.

It is an axiom of my mother-in-law’s that “you should never laugh at a cat.” Throughout the family, this is accepted as holy writ, believed and unquestioned.

When I was introduced to the family – and this rule – I had the temerity to ask why this would be the case: “Because,” said the dear lady “it’s the worst thing you can ever do.” And that was that.

Perhaps she’s right. But she has believed this strange notion for all her life – so the chances are that she is wrong now – even if she was right once.

That’s because it turns out that facts are like radioactive isotopes. Over a measurable amount of time, isotopes decay and break up. In the case of Uranium 238 it takes 4.5 billion years for half of it to break down naturally and release its energy – that’s what’s called the half-life.

Well hooray for chemistry – but more interesting to me is the idea that facts have a half-life too. In essence, the half-life of facts means that over a given time, half of what we think we know is wrong. And at the same time, our collective knowledge about everything is growing exponentially. For example, academic research shows that total scientific knowledge has grown annually by roughly 4.7 per cent, compound, since the 17th century. Every 15 years or so, scientific knowledge doubles and has done for centuries. While our resource of personal knowledge has diminished because of the half-life problem, the overall amount of knowledge out there is increasing ever more rapidly.

By standing still and remembering everything that we were once taught, we are doomed to become increasingly ignorant and ill-informed. What a thought.

A recent article in the Daily Telegraph* “Why you should never eat a bacon sandwich” highlighted how nutritional advice has been stood on its head – and not for the first time. Full-fat milk is now perfectly acceptable, butter is good, eggs have little or no effect on cholesterol levels, the benefits of drinking may have been overstated, fruit juice isn’t a health drink and bread is still good for you (providing it doesn’t surround fried bacon.)

A bacon sandwich will take 30 minutes off your life says the report. Although it doesn’t point out that this would only be true if something else doesn’t get you first.

Of course, we can’t accept that what the Telegraph says is actually the truth – well it is for now, but not all of it will be in the future. In medicine, says a consultant friend, the half-life of medical knowledge is about seven years. So after, say, 20 years in the job that initial personal pool of learning is vastly depleted. Even a newly qualified doctor, after seven years of training, is walking around armed with inaccurate information.

In my job, I help businesses communicate better. I have the benefit of certain constants. An idea is an idea and a word is a word (although their meanings change). But it’s where technology interacts with creativity and messages that the half-life of facts becomes an issue. And for those of us who spend our time applying what we know to the problems of others, this presents a real challenge: we have to keep up with progress.

If you are a crack dealer in an urban ghetto or a suicide bomber you can probably eat as much bacon as you like – religious views permitting.

To extend the medical analogy why prescribe leeches and bread poultices when you can use cutting-edge anti-virals and biological therapies? The issues present themselves everywhere. For example, the shift to mobile computing has changed the way businesses and organisations talk to consumers. Just a couple of years ago a website that rendered properly on a laptop was enough. Now sites have to be responsive – and adjust to suit the viewing habits of people who browse on anything from a small smartphone, to a tablet to a laptop, a desktop computer – or even a giant flatscreen TV.

Thanks to Google Analytics we can see what percentage of devices are used to view every site and tailor our offering accordingly. But we have to remember that all the facts that we use to come to these decisions have their own half-lives – and these are shrinking all the time. I have clients with sites that are visited 70 per cent of the time by people using iPads and other tablet devices. I have another who receives almost no mobile viewers. The differences currently lie in the differing demographics of the audiences and the products and services being offered. 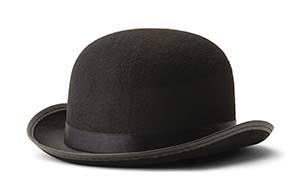 Black Hats – out of fashion these days…

The way that sites are ranked has caused real problems for businesses that enthusiastically applied the state-of-the-art SEO techniques of just a few years ago. Morally suspect so-called Black Hat techniques were aimed at short-circuiting Google’s algorithms to boost page rankings without following the spirit of the rules. This kind of “get ranked quick” approach appealed to many for whom the thought of following the guidelines never really appealed. What they were doing was not officially wrong – but it was firmly in the grey area.

The introduction of changes to the way Google works, codenamed Panda (2011), Penguin (2012) and Hummingbird (2013), levelled the playing field and rewarded honest endeavour to deliver compelling content above quackery and shamanism. What’s worse (or fairer depending on how you look at it) is that sites using the older methods now run the risk of being heavily penalised or even de-listed, retrospectively. Since then Google has just become cleverer and more naturalistic in the way it looks at content.

Google – just like the Inland Revenue – are allowed to change their minds about what is allowed or prohibited.

The problem is that those half-life facts about SEO and content management are still hanging around in the ether. I’m frequently asked by website owners about the alleged benefits of hiding content on sites, word stuffing, fiddling with domain names, stealing metadata and a dozen other old and discredited techniques. I never did them even when they worked and I couldn’t recommend them now. The solution is not to try and subvert the system but to work within it.

I used to overweight but I knew how to lose weight. You eat less and exercise more. It may be boring but it’s effective, as I eventually proved. Well SEO is like that, you follow the rules laid down by the people who create the search engine rankings and the results follow.

There is no miracle Cabbage Soup Diet for SEO.

You just follow the rules until the rules change, and then you follow the new ones. It is slow, arduous and effective.

This statement is both grammatically correct and as clear as  high-carbohydrate porridge.

History has failed to record whether Mr Rumsfeld thought it was OK to laugh at a cat.

Gil Linton is the owner of SmartWords (www.smartwords.co.uk). A qualified journalist, corporate communication specialist and web designer, he works with businesses to help them communicate more effectively.

Posted in Facts, SEO and tagged Google, half-life of facts, SEO
← The Yorkshireman, the barbecue and the beef brisketWhy we need brands →